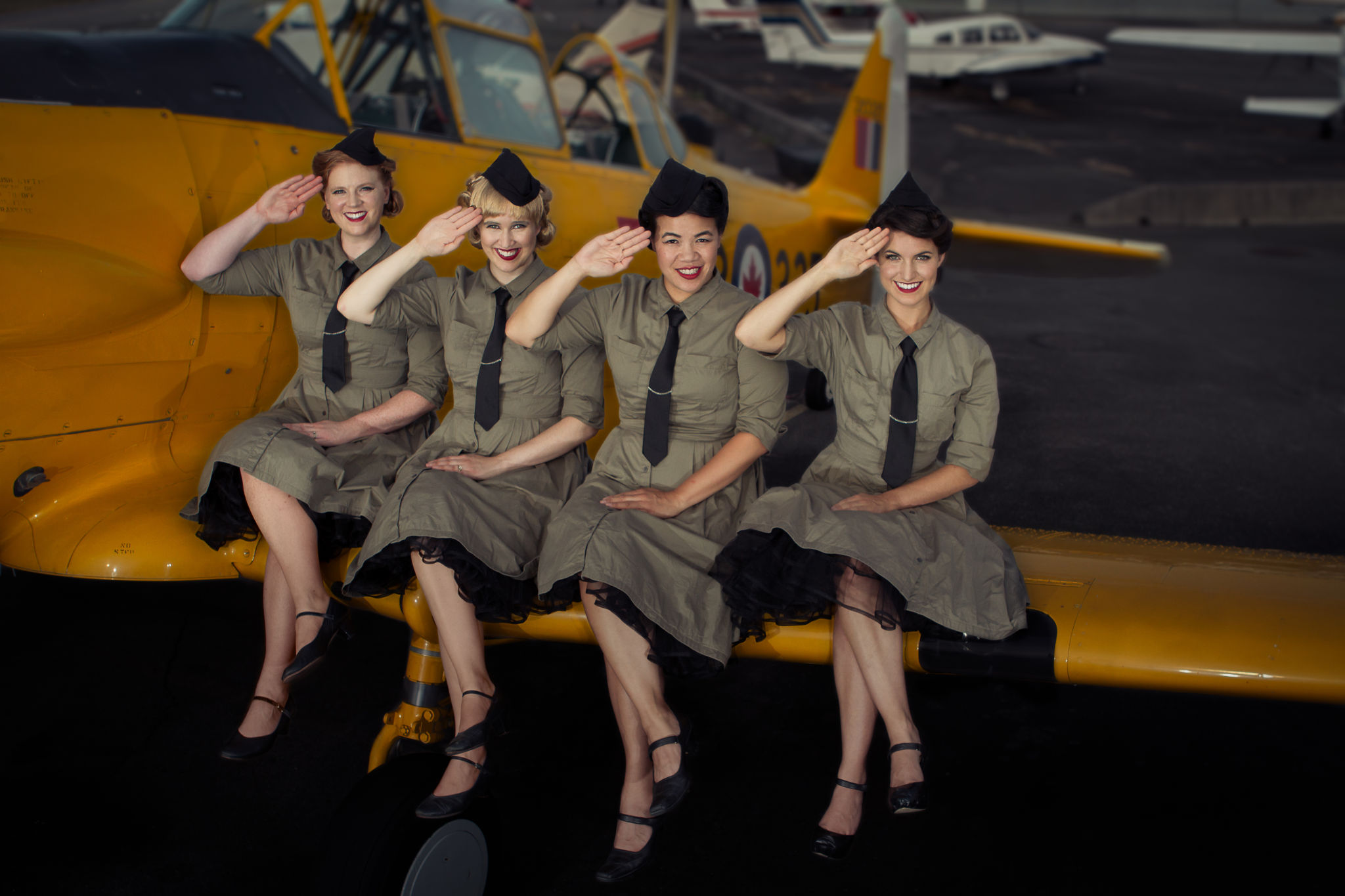 Kick up your heels with The Lady Larks and their sweet swingin' vintage harmonies! From striking arrangements of Tin Pan Alley composers to covers of The Andrews Sisters, Manhattan Transfer and The Swingle Singers, this young quartet has been impressing their audiences since they came together in late 2010 as "The K Sisters". Since then, they have performed over 70 concerts, released a seasonal CD "Jingle Jangle" (2010) and "Swinging with The K Sisters" (2011) in tribute to The Andrews Sisters and the music of World War II.

With such instant chemistry, their lively choreography, energized musicianship and humour have helped them establish a loyal following in the short time that they have been together. In addition to public performances, they have also performed for hundreds of veterans and their families at various branches of the Royal Canadian Legion and the George Derby Centre for Canadian Veterans of the Armed Forces. In 2011, they also toured Interior BC and Vancouver Island, including veteran centers and seniors' facilities in their tour. In the Lower Mainland, the quartet has performed with the Vancouver Thunderbird Chorus, Langley Barbershop Society, the Richmond Singers, the Vancouver Welsh Men's Chorus and many others. Most recently the group decided to change their name and rebrand to "The Lady Larks", and were featured at the Harmony Arts Festival 2013 in West Vancouver.

Each Lady Lark, an award-winning soloist and collaborative musician in her own right, brings multiple university degrees and over a decade of professional stage, radio and choral performing experience. Onstage, hopefully you will agree that there is plenty of virtuosity, energy and charm to knock your audience's socks off!